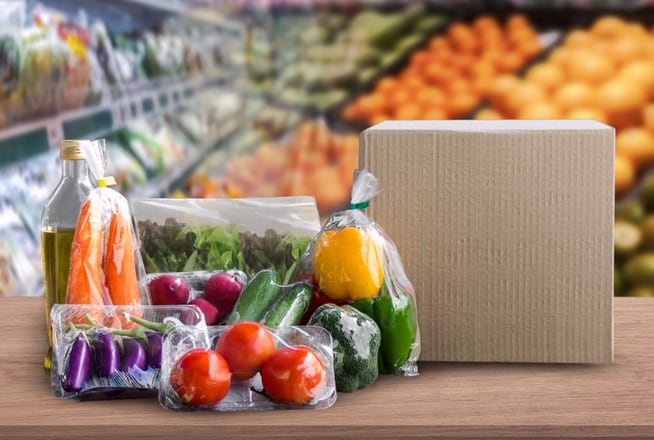 When individuals want to help the world feed itself equitably, healthily, and sustainably, what should they do?

I recently spent a lot of time learning about the problem of feeding the world, and wrote about it at length, here. My suggestions in that piece mostly oriented toward policy — because most of the real solutions to poverty and hunger demand societal action. But individual action is important too. We need garage tinkerers building crazy things.

I’ve been thinking about this because I’m helping with this year’s Biomimicry Global Design Challenge, which focuses on innovations to improve the food system (entry deadline Aug. 3 — read all about it here). I agreed to give a webinar (March 17 and 18) about problems that are ripe for innovative fixes. And so I’ve been asking myself: where specifically can innovation make a difference?

I see three big problems: We consume too much food, we produce too little food, and our farming screws up the environment. Our problems with consumption have to do with waste and overeating. But even if we fixed these problems, and all our food were evenly distributed, people would start going hungry by 2050. We need to increase production, too. And we need to do it in a way that improves the environment. Innovation can help with all of these things, and the lessons of biomimicry can help us design inventions that address these issues.

1. We consume too much

Waste: Estimates vary, but between a quarter and a third of food grown around the world goes to waste. This tally includes waste from harvest all the way waste at the consumer end. Often farmers and chefs end up throwing out perfectly good food because it doesn’t have a home: They can’t find the right buyer, or the transaction costs of getting it to that person are too high. Sometimes food spoils in transit, or before anyone can process it into a more stable form. In home cooking waste, is related to a lack of time: Food rots when people don’t have the bandwidth to cook regularly and monitor what’s in the fridge.

Better food storage, processing, and transportation
Frictionless connections between the people who have food and the people who need it
Tools that help home cooks with limited time and money
Meat: It’s unlikely that everyone in the world is going to be able to eat as much meat as Americans eat now. It’s far more efficient to eat a plant-based diet than to feed those plants to animals and eat their meat.

Ideas to explore:
New forms of efficient faux meat
Compelling vegetarian foods
Obesity: Obviously, consuming too much has direct consequences. And if there’s some kind of invention that can fix that, it’s worth a fortune, but I have no idea what it would look like.

Maybe medical research will steer us toward an answer on this. More likely it will require better nutrition education — and better safety nets for the poor.
Overfishing: As the world population grows, pressure will only increase on fisheries. We are currently fishing at close the maximum. If we catch too many fish, populations will collapse, and seafood levels will decline.

Poorly yielding seeds: Many poor farmers employ traditional varieties of plants and crossbred livestock that produce significantly lower yields than modern varieties. But modern seeds and breeds are expensive, and move some control from the farmer to agribusiness.

High-yielding seeds and livestock that are affordable and put farmers in control
Uneven access to technology: If poor farmers had access to the same tools and training as farmers in the U.S., they could increase their production many times over. But these tools are expensive and demand larger support networks. For example, a state-of-the-art irrigation system like those you see in California farms could massively improve yields in parts of sub-Saharan Africa, but these irrigation systems rely on infrastructure: dams, canals, and an electrical power grid. Even something as simple as fertilizer requires distributors and roads.

Greenhouse gas emissions: Agriculture is a big source of greenhouse gases, but, in theory, it could be just the opposite. After all, farming is based on growing plants, which pull carbon out of the air and turn it into food. But right now the business of farming carbon out of the air is tough to pin down: It’s hard to figure out how much carbon farmers are grabbing and what happens to it. (Does it stay in the soil, or does it escape?)

We need cheap and easy ways to monitor where the gases go over long periods of time. Most of the greenhouse gas produced by farming comes from animals. Cattle, in particular, are a big source of the greenhouse gas methane. Some farmers capture some of this gas and turn manure into energy, but the biodigesters needed to capture methane rarely pay for themselves.

Radically cheap gas-flux monitors
Less methanogenic livestock
Better methods of capturing methane
Fertilizer pollution: Excess fertilizer runs off the field and pollutes waterways. Excess nitrogen fertilizer (whether it comes from manure, legumes, or a synthetic process) turns into a potent greenhouse gas. The key is getting just the right amount of fertilizer where you want it (in the plants), and keeping it away from the other spots (the water and air).

Precision delivery of fertilizer
Management of soil microbes
Cover crops, filters, and no till farming techniques
Erosion and water conservation: We are inexorably running out of soil and water. This not only reduces our farm yields; history shows that such losses correlate with the fall of civilizations, so a little rethinking might be in order.

Nutrients: We have a strange situation now where the poor are more likely to both go hungry and suffer from obesity. This probably has something to do with the fact that it’s now easier and cheaper to get calories than it is to get high-quality, nutrient-dense foods. There has to be a focus on quality of food, not just quantity.

Antibiotic resistance: For decades farmers have been feeding livestock low levels of antibiotics to improve growth and prevent disease. This has led bacteria to evolve antibiotic resistance, and that may be hurting our ability to treat human diseases. There’s a growing demand for meat, eggs, milk, and other proteins that can be produced affordably without antibiotics.